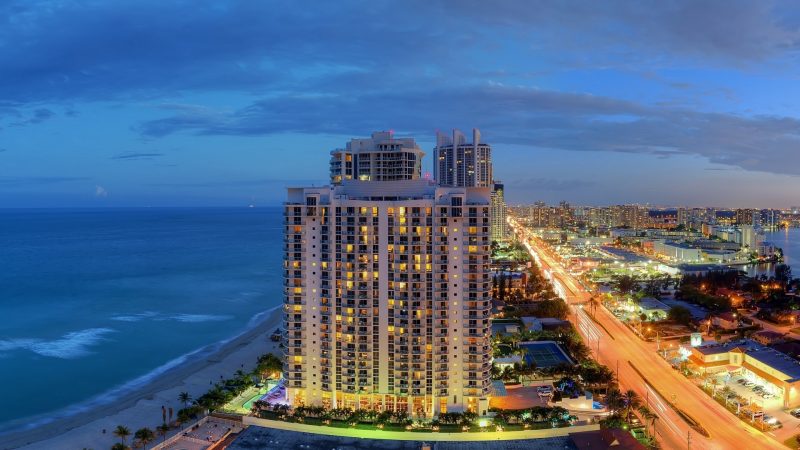 Miami: the American city with a Caribbean atmosphere

Miami is an expansive city in the south-eastern part of the American state of Florida. With no less than 5 million inhabitants, metropole Miami belongs to one of the largest cities of the United States. Its massively concentrated population is largely due to the high number of immigrants from Latin America, primarily from Cuba, and people who are attracted by the warm sub-tropical climate in Miami, mostly senior citizens, as is the case in the whole of southern Florida. But Miami is by no means a dull city, it even belongs to one of the trendiest cities in the world. Top deejays play their music in the numerous clubs and Miami is a much desired city amongst celebrities. South Beach in the neighboring city Miami Beach is one of the most famous and popular beaches in the world. The combination of the sultry Caribbean climate and the American well-to-do lifestyle attracts millions of tourists each year, both locally and from abroad. Most people combine Miami (and Miami Beach) with a roundtrip through Florida or a cruise along the Bahamas, Puerto Rico and other enchanting Caribbean islands.